New in-situ results of MIT Lincoln Laboratory (USA) have been presented by Christine Wang  et al. in a recent paper "Sensitivity of heterointerfaces on emission wavelength of quantum cascade lasers" [1]

(Please click here for the full version of the paper)

The team worked on improving the MOCVD growth processes in a Veeco D-125 multi-wafer (3x2”) reactor for InP-based QCLs. Ms. Wang reported two major findings:
(1) During the growth of the complex sequence of coupled quantum wells (AlInAs, GaInAs) for high-performance QCL structures, the cumulative Indium surface segregation has to be carefully compensated in the growth recipe for keeping the targeted lattice match throughout the full QCL structure.
(2) Even under optimized growth conditions, a certain interface-grading is unavoidable, especially at the GaInAs-to-AlInAs interfaces. However, optimum QCL performance can be achieved by taking into account these interface grading effects in the calculations of the QCL target structure. 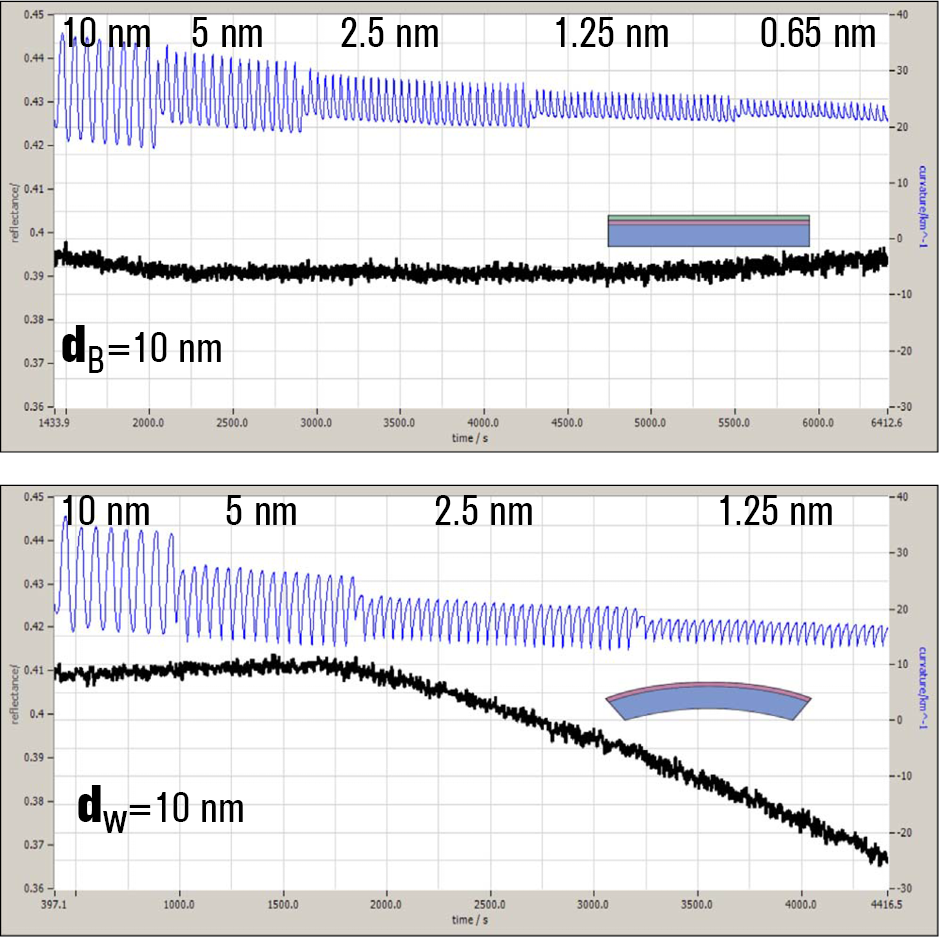 EpiCurve® TT was the key to these findings. Fig. 1 shows in-situ reflectance at 405 nm and curvature of the two decisive MQW runs. Reﬂectance oscillations correspond to each barrier and well layer and each layer is easily resolved. In Fig. 1b, the high-resolution wafer bow sensing verified the compressive strain accumulation at the AlInAs-to-GaInAs interface. After respective recipe optimization, the 405 nm reflectance could be used as a characteristic finger-print of the formation of every single graded interface of the hundreds of QCL layers.
[1] Wang C.A. et al., Journal of Crystal Growth (2016)